Aiisha Ramadan introduces this ONLINE course to every woman interested in fashion design regardless of background. 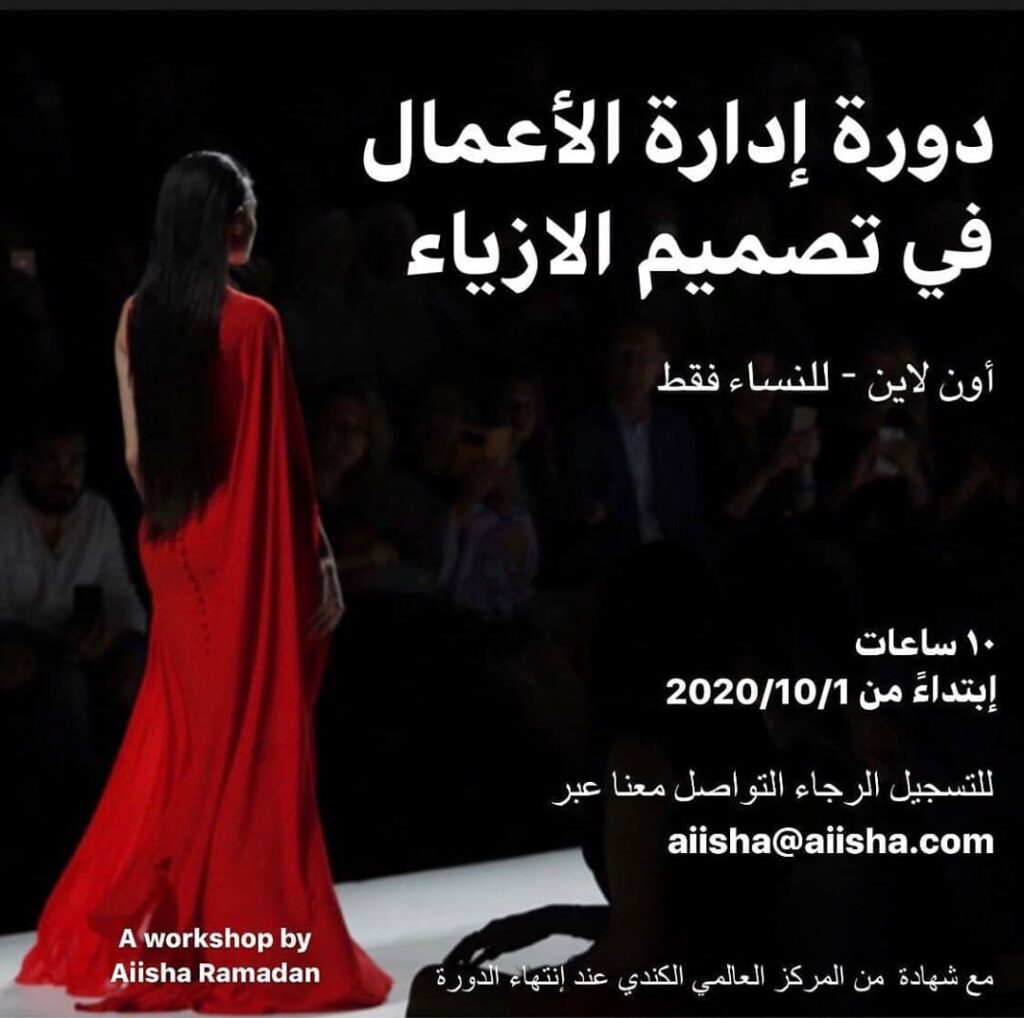 Aiisha Ramadan introduces this ONLINE course to every woman interested in fashion design regardless of background.

The certified course will be composed of 10 hours – 8 sessions and will shed the light theoretically and practically on the creative side as well as on the operational and financial sides. It’s an intense course based on Aiisha Ramadan’s professional experience and career in the fashion design world.

Registrations are open for the course in ARABIC.
The course in English will follow at later stage.

Aiisha is one of the region’s most prominent names in fashion: from being awarded Young Designer of the Year by Swarovski while she was still in College, to be named one of 30 Most Awesome Women in the Arab World in 2009 by Arabian Woman Magazine and receiving The Gr8! Women Achiever Awards in 2011.

A household name also thanks to her TV shows on MBC and Al Arabiya, Aiisha managed to always remain true to herself.

Behind each AIISHA collection and rooted within Aiisha approach to life are the fruits of self-reflection which has brought her to expand this search beyond fashion and embrace a new path in Healing Therapy.

BE PART OF
UNLIMITED CIRCLE

And enjoy the benefits offered by our partners